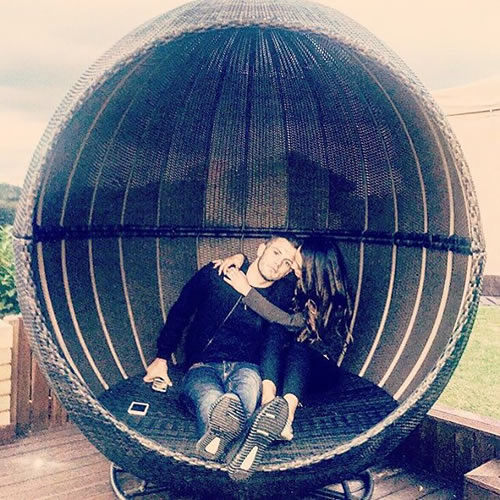 Jack Wilshere took to social media on Monday night to pay tribute to his girlfriend as the Arsenal midfielder continues to work his way back to full fitness.

Wilshere is facing a further three months on the sidelines after he suffered a hairline fracture of his left leg last month and now requires surgery to remedy the problem.

And the 23-year-old posted a picture of himself chilling out with his girlfriend Andriani Michael, who is the 24-year-old daughter of his barber, on his Instagram account.

Wilshere shared the photo above and wrote: “When nothing seems to be going your way , it’s important to have people around you that love you…..but more importantly, the one you love ❤️”

The England international’s career has been plagued with ankle problems since he first sustained a stress fracture during pre-season in 2011, which left him our of action for 15 months.

Arsenal were beaten 2-0 by Chelsea in the Premier League on Saturday and return to action when they take on Tottenham Hotspur at White Hart Lane in the third round of the League Cup on Wednesday night.