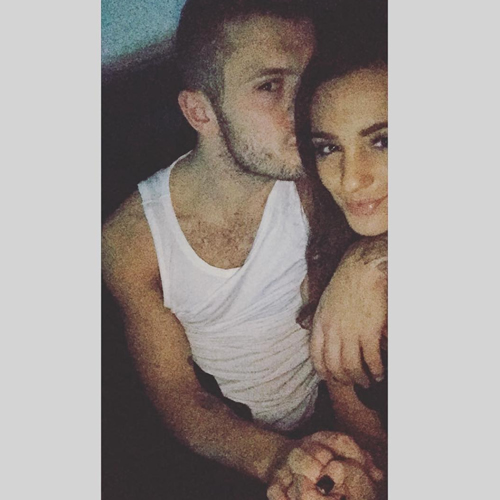 Jack Wilshere looked chilled out as he enjoyed a relaxing Sunday evening with his girlfriend.

Wilshere is yet to feature this season and the Arsenal midfielder is facing a further three months on the sidelines after he suffered a hairline fracture of his left leg last month and now requires surgery to remedy the problem.

And the 23-year-old enjoyed some downtime with his girlfriend Andriani Michael, who is the 24-year-old daughter of his barber.

Wilshere shared the photo above on his personal Instagram account on Sunday evening and wrote: “Sunday evening with my baby….what a better way to take your mind of things ❤️ @andriani_m ❤️”

The England international’s career has been plagued with ankle problems since he first sustained a stress fracture during pre-season in 2011, which left him our of action for 15 months.

Arsenal secured a 5-2 win over Leicester City in the Premier League on Saturday and return to top flight action when they host Manchester United at Emirates Stadium on Sunday.

The Gunners host Wolfsburg in the Champions League on Tuesday night.

Arsenal manager Arsene Wenger: Alexis Sanchez back to his best