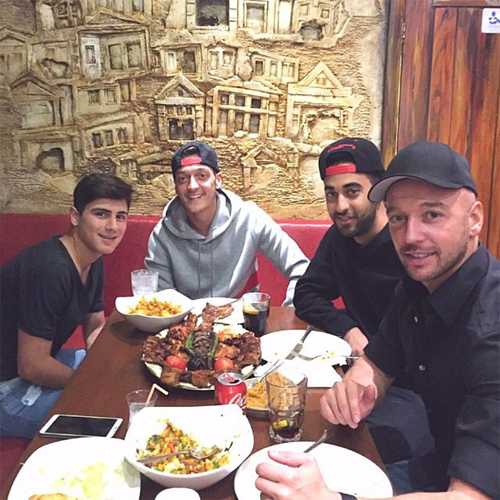 Mesut Ozil took time out of his training schedule to celebrate Eid al-Adha with his friends on Thursday evening.

The Arsenal midfielder was an unused substitute in their 2-1 victory over north London rivals Tottenham Hotspur in the League Cup third round at White Hart Lane last night.

Ozil is reportedly set to sign a new deal with the Gunners in the coming weeks, although his agent confirmed Fenerbahce’s interest in the Germany international earlier on Wednesday.

But the 26-year-old was more concerned with celebrating with his fellow Muslims this afternoon after he took to Instagram to wish his follows, ‘Eid Mubarak’.

Ozil wrote on the photo-sharing app: “Eid Mubarak to all Muslims around the world”

The Arsenal club-record signing has made two assists in the Premier League this season.

However, Ozil is still waiting to open his top-flight account for the campaign.

The FA Cup winners make the trip to Leicester City in the Premier League on Saturday afternoon.