The Arsenal playmaker goes for a drive on Sunday morning 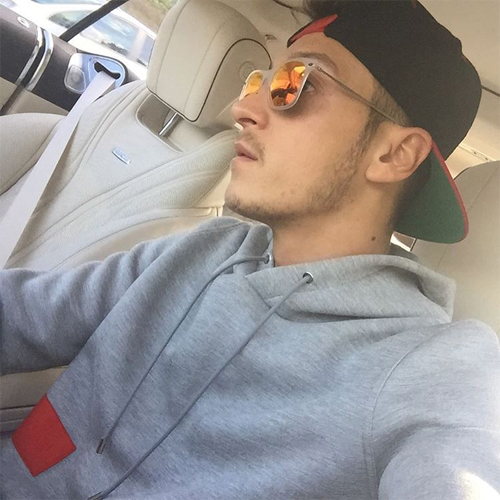 Mesut Ozil couldn’t resist a Sunday selfie as the Arsenal midfielder made the most of his weekend.

The Gunners playmaker impressed as part of a ruthless Arsenal attacking unit in their 5-2 victory over Leicester City at King Power Stadium on Saturday.

Ozil played a part in the lead up to Theo Walcott’s equaliser, whilst the Germany international teed up Alexis Sanchez for his second of three goals.

And the 26-year-old midfielder, who moved to The Emirates from Real Madrid in August 2013, kept a serious pose as he went cruising on Sunday morning.

Ozil posted the above snap and kept his caption succinct on Instagram: “M1Ö”

The former Madrid midfielder has made three assists in six Premier League games for the north London side this season.

Ozil is still waiting for his first top-flight goal of the campaign.

Arsenal face Olympiakos in the Champions League group stage at The Emirates on Tuesday night.

Danny Murphy: Why Liverpool have real chance of top-four finish