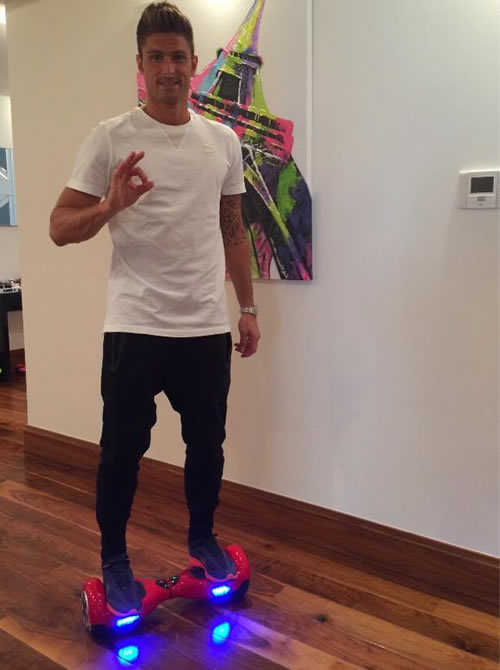 Oliver Giroud found a novel way of keeping himself entertained on transfer deadline day as his club Arsenal were making the headlines for their lack of activity.

The Gunners are yet to bring in any reinforcement despite being linked with a host of players in recent days, as the countdown to the 18:00 BST deadline reached its climax.

Giroud, though, kept himself distracted from all of the transfer talk as he made his way around his apartment on his brand new Wormster board.

Forward Giroud posted the picture above of himself in his flat on his personal Twitter account and wrote: “Top ma wormster board http://wormsterboard.com.”

The France striker was a second-half substitute as Arsenal secured a 1-0 win over Newcastle United at St James’ Park on Saturday afternoon.

The north London side’s second win of the season left Arsene Wenger’s men sixth in the Premier League table and level on points with Manchester United and Liverpool.

Photo: Chelsea star Cesc Fabregas chills out with his sister