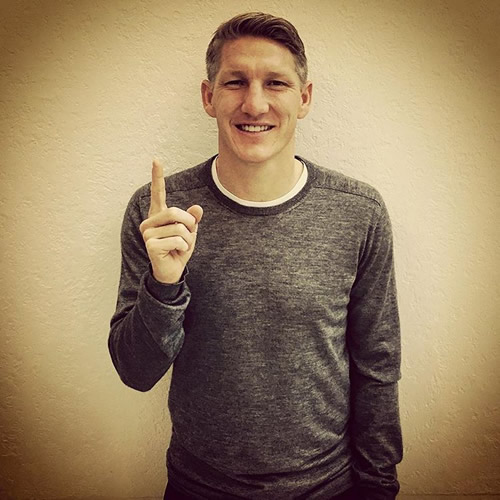 Bastian Schweinsteiger took the time out to post a celebratory picture of himself on Sunday afternoon after helping Manchester United move to the top of the Premier League.

The Germany international played the final 22 minutes as Louis van Gaal’s men wrapped up a 3-0 win over Sunderland at Old Trafford on Saturday to move above their local rivals Manchester City and into first place in the top flight.

And the midfielder was clearly delighted to help the Red Devils continue their good recent form, as he posted the snap above on his personal Instagram account and wrote: “#mufc number 1, top of the Premier League.”

Manchester United are next in action in midweek when they host Wolfsburg in the Champions League group stage, before taking on Arsenal at Emirates Stadium in the Premier League next weekend.

The Gunners, who are fourth in the table, warmed up for that showdown with an impressive 5-2 win over Leicester City on Saturday afternoon.

Eric Dier hits back at Tottenham’s critics: We don’t choke against big teams

Arsenal manager Arsene Wenger: Alexis Sanchez back to his best