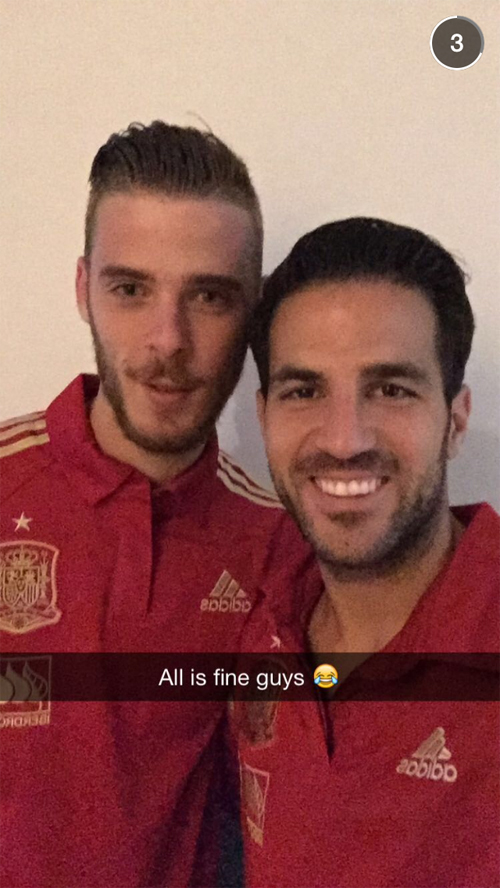 Cesc Fabregas has taken to Snapchat to quash talk of a feud with Manchester United goalkeeper David De Gea.

The Red Devils shot stopper was left hanging for the second time this week after the shot stopper’s move to Real Madrid collapsed on La Liga’s deadline day.

And Fabregas appeared to snub De Gea’s attempt at a handshake during their 2-0 victory over Slovakia in their Euro 2016 qualifier in Oveido on Saturday night.

However, the Chelsea midfielder moved swiftly to put to bed any talk of a fallout with the Spain goalkeeper thanks to photo-sharing app Snapchat.

Fabregas, who has made a subdued start to the Premier League season, posted the above photo and wrote the below caption.

The Chelsea star posted: “All is fine guys”

Jordi Alba and Andres Iniest netted in Spain’s 2-0 win against Slovakia to exact revenge for the 2-1 defeat in Zilina.

Spain moved ahead of Slovakia in top spot thanks to their superior goal difference after their crucial win on Saturday night.