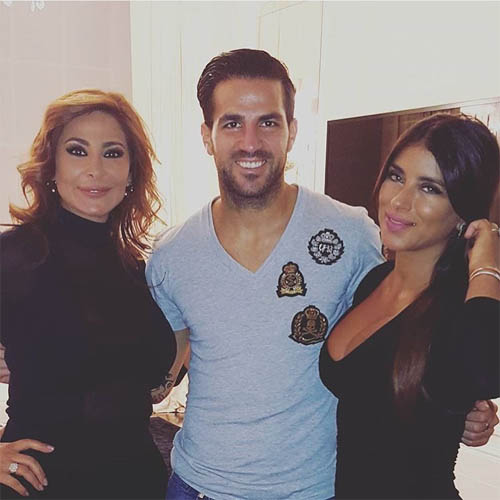 Cesc Fabregas was all smiles with his partner Danielle as the Chelsea midfielder relaxed after having steered the champions to a 2-0 victory over nine-man Arsenal on Saturday afternoon.

The Spain international has made a return to form over the past week after Fabregas produced an influential performance against his former employers Arsenal at Stamford Bridge.

Chelsea’s win in the London derby capped a perfect week after Fabregas made an assist and scored his first goal of the season in a 4-0 victory over Maccabi Tel-Aviv.

And former Arsenal captain Fabregas took to Instagram to post a snap with his partner Danielle and a friend after dinner on Sunday evening.

Chelsea climbed up to 15th place in the Premier League table after their bad-tempered 2-0 win against Arsene Wenger’s side.

Kurt Zouma and Eden Hazard scored for the west London side as Gabriel Paulista and Santi Cazorla saw red for the Gunners.

Brendan Rodgers: Liverpool must show ‘courage and bravery’ at Anfield