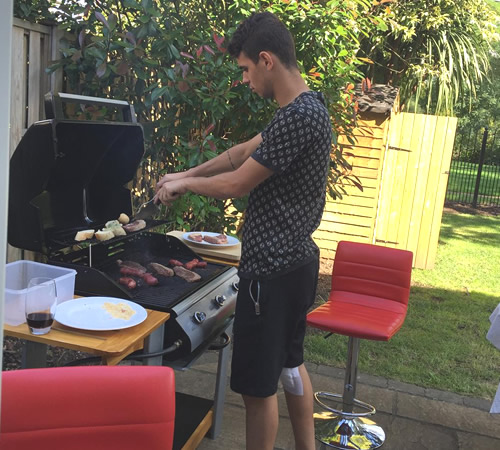 Oscar looked in good spirits as he turned chef for the afternoon on Sunday after helping Chelsea’s secure victory in Saturday’s dramatic London derby clash with Arsenal.

The Brazilian midfielder, 24, played 69 minutes as Jose Mourinho’s men secured a 2-0 victory over the Gunners after Arsene Wenger’s men were reduced to nine men at Stamford Bridge.

And Oscar looked happy as he soaked up some of the London sunshine on Sunday afternoon.

The Blues midfielder posted the picture above onto his personal Instagram account and wrote: “BBQ with the family !!!”

Second-half goals from Kurt Zouma and Eden Hazard handed the west London side victory against Arsenal after the Gunners were reduced to nine men when Gabriel Paulista and Santi Cazorla were sent off.