Photo: Chelsea star gets stuck in London traffic in his Bentley

At least Willian is comfortable 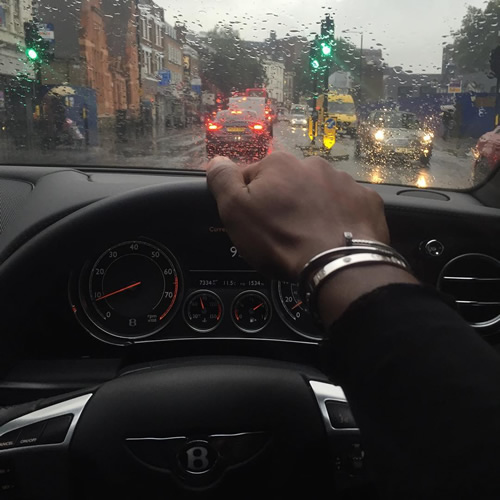 Willian took to social media on Tuesday morning to share a picture of himself at the wheel of his Bentley in some heavy London traffic, on a grey and gloomy morning in the capital.

The Chelsea midfielder missed Saturday’s 2-0 win over Arsenal at Stamford Bridge due to injury but was presumably on his way to training at the club’s Cobham base on Tuesday morning.

The Brazil international has made five Premier League appearances for Jose Mourinho’s men so far this season and also scored in the 4-0 win over Maccabi Tel-Aviv in the Champions League last week.

The Blues travel to Walsall in the third round of the League Cup on Wednesday night, before hosting Newcastle at Stamford Bridge on Saturday evening.