The Chelsea star snaps selfie ahead of Porto clash 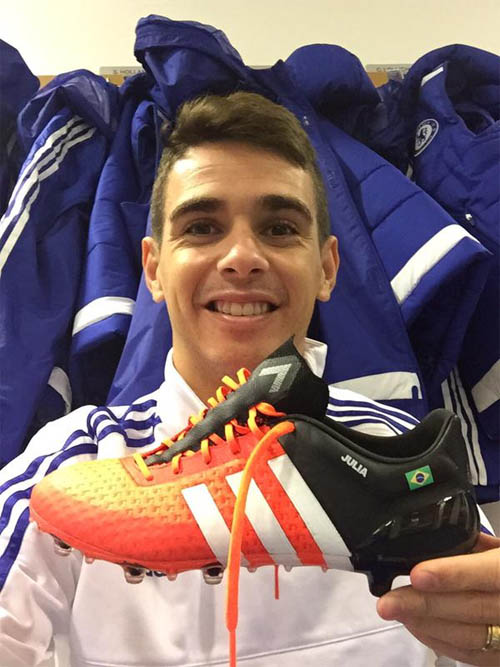 Oscar was all smiles as the Chelsea forward snapped a dressing room selfie ahead of their clash against Porto in the Champions League on Tuesday night.

The Brazil international has impressed for the west London side since returning to action following an injury setback for their 4-0 victory over Maccabi Tel-Aviv in the Champions League earlier this month.

Oscar scored upon his return to the Blues side, although the 24-year-old failed to find the net against Arsenal and Newcastle United in the Premier League.

And the Chelsea star took to Instagram to show off his new boots ahead of their game against the Portuguese side in the Champions League on Tueday night.

Chelsea have had the upper hand with four victories in the previous six encounters, Porto winning only one. The Londoners have won each of the last three – all by a single goal.

They last faced each other in the 2009/10 Champions League group stage when Chelsea came out on top 1-0 through Nicolas Anelka’s second-half goal.

Pat Nevin: Why Brendan Rodgers has turned corner at Liverpool