Oscar enjoyed some downtime with his wife Ludmila on Thursday evening... 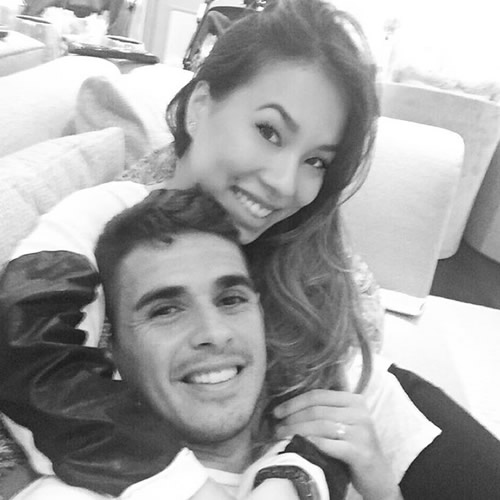 Oscar shared this picture with his wife Ludmila Photo: Oscar/Instagram

Oscar enjoyed some well earned downtime on Thursday evening as he relaxed with his wife ahead of Chelsea’s trip to Newcastle United in the Premier League on Saturday.

The Brazilian was left out of the Chelsea squad as Jose Mourinho’s men secured a 4-1 win at Walsall on Wednesday night to kick off their League Cup title defence.

And the midfielder looked relaxed as he enjoyed some time with his wife Ludmila on Thursday evening.

Oscar shared the photo above on his personal Instagram account and wrote: “I love you so much ! #ludy”

The 24-year-old midfielder played 69 minutes as Chelsea beat Arsenal 2-0 in the Premier League at Stamford Bridge last Saturday to wrap up their second top-flight win of the season following their stuttering start to the new campaign.

Chelsea head into Saturday’s clash with the Magpies in 15th place in the Premier League table, with Mourinho’s men managing to take just seven points from their first six top-flight games.