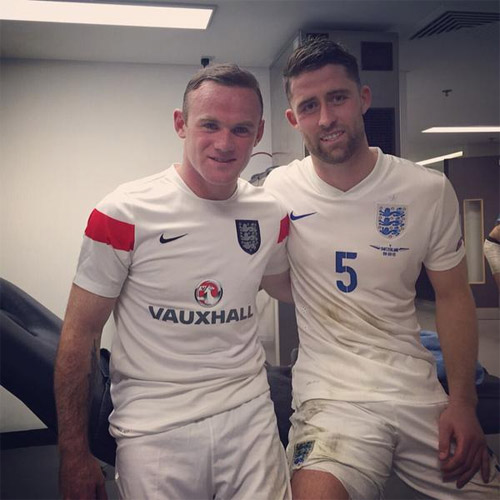 The 29-year-old scored from the penalty spot in the 84th minute to score his 50th England goal and surpass Sir Bobby Charlton’s total.

Rooney, who is still waiting for his first Premier League goal of the season, doubled England’s lead in a 2-0 victory over Switzerland at Wembley.

And Chelsea defender Cahill took to Twitter to post a photo with England’s new record goal-scorer in the dressing room after his feat.

Special day for the skipper. What an amazing achievement. Making history… 👌👍 pic.twitter.com/5oKF3YZBy7

The United skipper did bag a treble in a 5-0 victory over Club Brugge in the second leg of their Champions League play-off.

The Red Devils welcome Liverpool to Old Trafford in their next Premier League game at Saturday evening.

Liverpool target explains why he picked Roma over other clubs