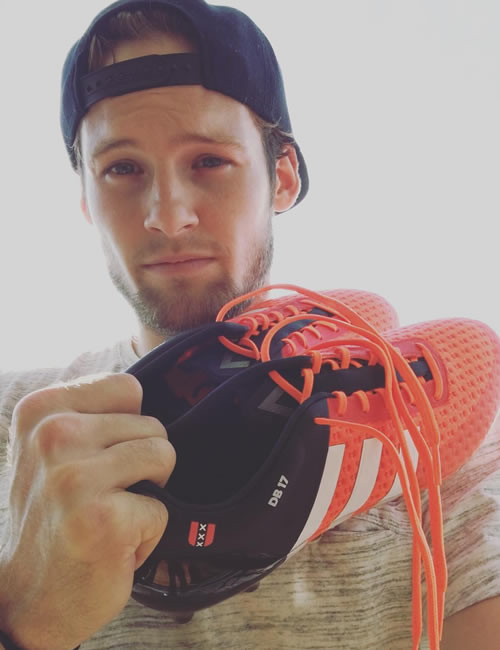 Daley Blind has taken to social media to show off his latest pair of Adidas football boots as Manchester United begin their preparations for their Champions League clash against Wolfsburg on Wednesday night.

United are looking to continue their recent fine form when they host the German outfit at Old Trafford just days after they moved one point clear at the top of the Premier League table.

Blind played 74 minutes as United ran out 3-0 winners over Sunderland at Old Trafford on Saturday afternoon to leapfrog their local rivals Manchester City into top spot in the table.

And Blind is clearly looking forward to giving his latest pair of boots a run out when Louis van Gaal’s men host Wolfsburg on Wednesday.

Blind shares the picture above on his personal Instagram account on Monday afternoon and wrote: “#ACE15 #BETHEDIFFERENCE #DB17”

Blind has featured in all seven of Manchester United’s Premier League fixtures so far this season and will be hoping for another run out when they head to Arsenal on Sunday afternoon.