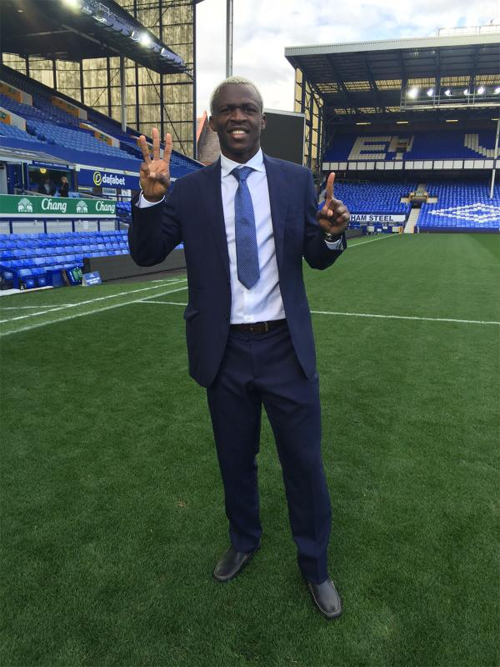 The Ivory Coast international was impressive on the right wing as his team-mate Steven Naismith scored a hat-trick off the bench on Merseyside in Saturday’s early kick-off.

The Everton striker scored twice in the space of five first-half minutes to put the home side in charge, before he restored their two-goal advantage in the 83rd minute after Nemanja Matic had halved the deficit.

And Kone, who made way for England international Aaron Lennon in the second half at Goodison Park, cheekily gestured a 3-1 scoreline in a photo that the African striker posted on his Twitter page.

Chelsea, meanwhile, have lost three of their opening five games in their defence of their top-flight crown.