Stevan Jovetic chills out with Nemanja Vidic in Milan 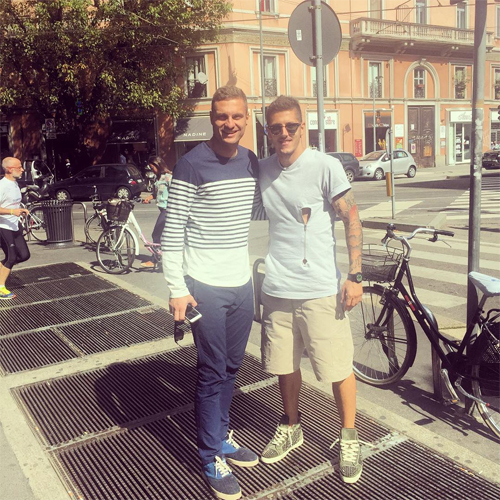 Nemanja Vidic and Stevan Jovetic appear to have become firm friends at Inter Milan despite their previous Manchester rivalry.

The former Manchester United defender is recovering from an operation in August after he moved to Inter last summer after he called time on his United career.

Jovetic moved to the San Siro on loan from Manchester City this summer after he was deemed surplus to requirements at Etihad Stadium following the arrival of Kevin De Bruyne.

And the Montenegro international posed for a snap with Serbian defender Vidic out and about in Milan on Monday afternoon.

Inter are top of the table after four successive Serie A wins to start their 2015/16 season.

Vidic hasn’t featured for Inter this season amid reports of a potential move to Major League Soccer.

Jovetic has scored three goals in four Serie A games since his return to Serie A this summer.