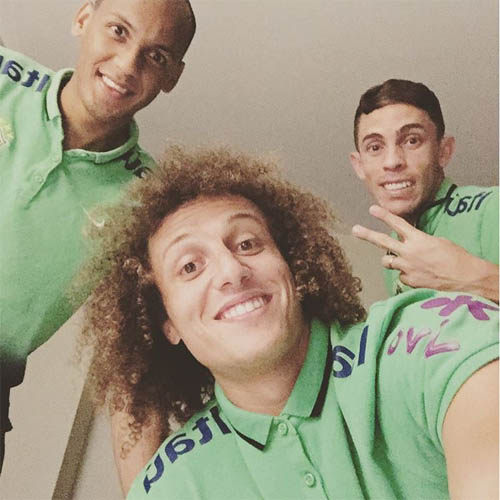 David Luiz appears to have a lot of time for Gabriel Paulista after the Paris Saint-Germain star described the Arsenal defender as one of the “good guys”.

The 24-year-old centre-half has enjoyed a run in Arsene Wenger’s first-team in recent weeks after injury to first-choice partnership Per Mertesacker and Laurent Koscielny.

Gabriel helped the north London side keep clean sheets in a goalless draw with top-four rivals Liverpool at The Emirates before a 1-0 victory over Newcastle United in their most-recent Premier League outing.

And former Chelsea defender Luiz snapped a selfie with the Arsenal star and Monaco defender Fabinho which the Brazil international posted on his Instagram page on Thursday night.

Luiz wrote on his Instagram page: “The good guys”

Gabriel moved to Arsenal in an £11.5m deal from La Liga side Villarreal in January.

The Brazil defender has made just 10 appearances in all competitions for the Gunners.

Photo: Arsenal defender all smiles after England Under-21 win