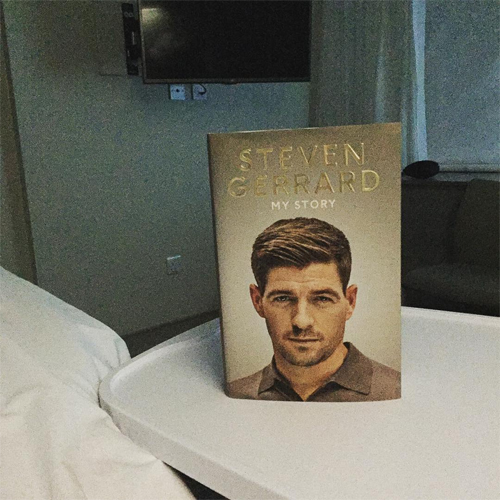 Jordan Henderson is drawing inspiration from his former Liverpool captain Steven Gerrard after the midfielder successfully underwent surgery on Tuesday.

The 25-year-old succeeded Gerrard in the captaincy role after the retired England midfielder moved to Major League Soccer outfit LA Galaxy in the summer.

However, Henderson has only worn the armband twice since being appointed as the new skipper after he suffering a series of injury setbacks.

But the Liverpool captain appears to be on the mend after he took to Instagram to declare his operation on his broken foot a success before he revealed his reading for the next few days.

Henderson wrote on the photo-sharing app: “Surgery done! 1st day of my recovery…. This book helping me to stay focused and positive through my injury. Thanks for all the messages of support and thank you @stevengerrard #YNWA”

The Liverpool skipper sustained the problem in training last week and was forced to undergo surgery.

Henderson was forced off during a 1-0 victory over Bournemouth last month due to a heel injury which has restricted him to just two appearances for the Reds this season.

The Liverpool midfielder looks set to miss at least 11 games for the Merseyside outfit as he recovers from his latest injury setback.

Eden Hazard: Chelsea’s win over Arsenal will help my confidence