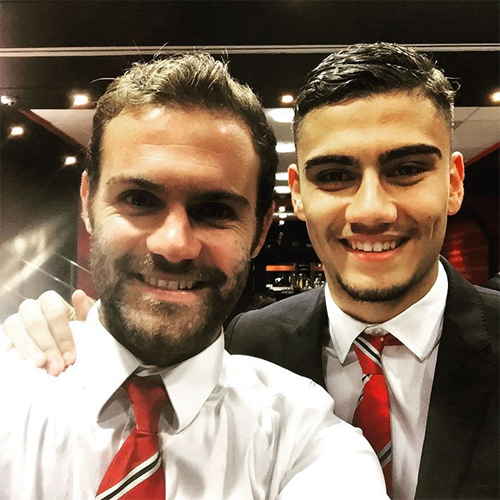 Juan Mata was quick to congratulate Andreas Pereira on his first Manchester United goal after a 3-0 win against Ipswich Town on Wednesday.

United captain Wayne Rooney scored his fourth goal of the season in all competitions to break the deadlock before Pereira doubled their lead in the League Cup third-round clash at Old Trafford.

Anthony Martial scored his fourth goal in four games for the Red Devils to seal their progress, and Louis van Gaal’s side will face Middlesbrough at home in the next round.

And United midfielder Mata, who hasn’t won the League Cup since his move to the Premier League in 2011, posed for a selfie with Pereira which he posted on his Instagram page.

Mata wrote on the photo-sharing app: “Congratulations @andreaspereira44! Great first goal! 😉 Let’s go onto the next round. @manchesterunited”

Pereira has scored one goal in three appearances in all competitions for United.

The Brazil international moved to the Red Devils from PSV Eindhoven in 2011.