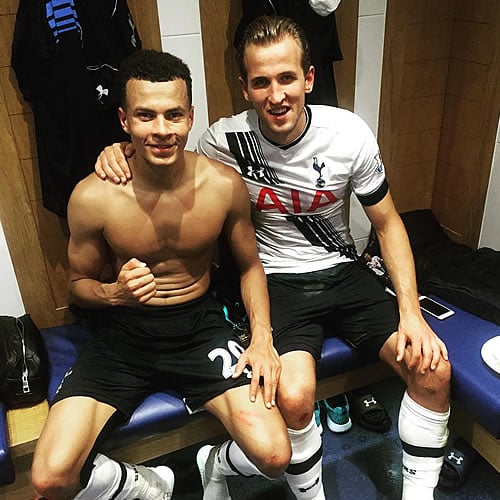 Kane scored his first Premier League goal of the season as Mauricio Pochettino’s men beat the Citizens to move up to fifth place in the top flight table.

Alli, who played the full 90 minutes alongside Kane, posted the picture above on his personal Instagram account after the game and wrote: “What a result! Beating Man City 4-1, and there it is @harrykane

Spurs fell behind in the 25th minute in north London when summer signing Kevin De Bruyne broke the deadlock when he buried his shot past Hugo Lloris despite appearing to be offside.

However, the home side drew level on the stroke of half-time when Eric Dier fired home from 25 yards, although Kyle Walker was offside in the lead up to the defensive midfielder’s equaliser.

Erik Lamela then made the points secure and added further gloss to the scoreline when he fired home late on.