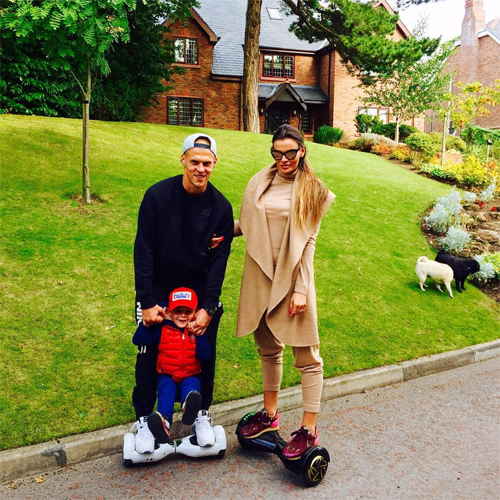 Martin Skrtel took his mind off a disappointing Old Trafford performance by indulging in a family day on Tuesday afternoon.

The 30-year-old centre-half produced a particularly forgettable performance in a 3-1 defeat by Manchester United on Saturday evening.

Skrtel was at fault for Anthony Martial’s debut goal after the £36m summer signing danced past the Slovakia international to seal three points.

But the Liverpool defender looked to forget the result as he joined his wife Bara and their young son Matteo on their uber boards for a family afternoon.

Skrtel helped Liverpool keep three successive clean sheets in the Premier League before a 3-0 loss to West Ham United was followed by a 3-1 defeat by United.

The Slovakian scored one goal in 33 Premier League appearances for the Merseyside outfit last season.

The centre-half has netted 17 times in 298 games for the Liverpool side since he moved to Anfield from Zenit St Petersburg in 2008.

Impressive stat shows why Arsenal must stick with Gabriel Paulista