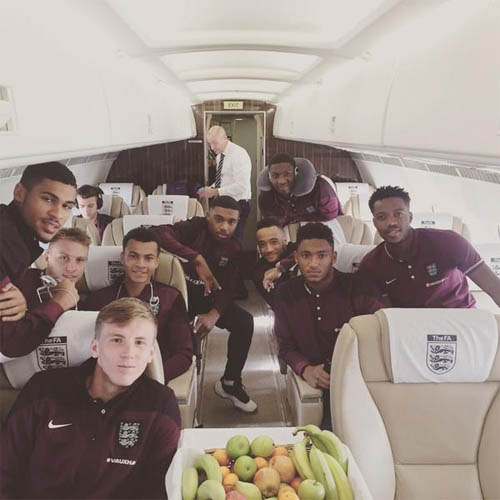 Joe Gomez appears to be settling into life in the England Under-21 squad after the Liverpool defender posed for a snap with his Three Lions team-mates.

The 18-year-old full-back has enjoyed a whirlwind start to his career in the Premier League after Brendan Rodgers threw the teenager straight into the first-team.

The Liverpool defender was called up to Gareth Southgate’s England Under-21 squad thanks to his fine performances and he started their 1-0 victory over USA Under-23 side last week.

And the former Charlton Athletic man is looking forward to featuring against Norway Under-21 in their opening game of European Under-21 championship qualifying.

Rio Ferdinand: Arsenal or Liverpool should have signed Ashley Williams