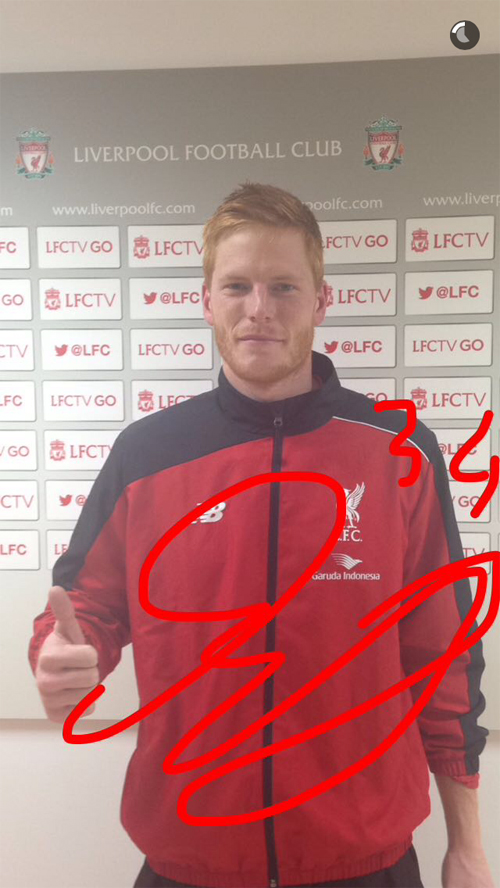 Adam Bogdan was all smiles as Liverpool posted a photo of their League Cup hero on Snapchat on Wednesday night.

The Liverpool number two made three saves in a penalty shootout victory over Carlisle United to book the Merseyside outfit’s place in the fourth round.

Bogdan made his debut against the League Two side at Anfield after the 26-year-old completed a free transfer to the 18-time English champions earlier this summer.

And the Liverpool goalkeeper obliged by authenticating the Snapchat post with his signature, which put Wayne Rooney’s attempts earlier this year to shame.

Another summer signing Danny Ings scored in back-to-back games to put Liverpool in the lead after 23 minutes but the League Two side levelled before half-time after Derek Asamoah’s goal.

Liverpool had 47 shots on goal, 16 of which were on target, but Brendan Rodgers’s side required a penalty shootout after being left frustrated.

And Bogdan made three saves to seal a 3-2 win on penalties.