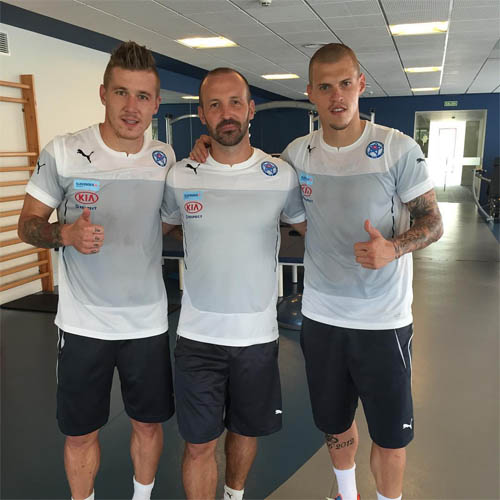 Martin Skrtel may be banned for Slovakia’s clash against Spain on Saturday night, but the Liverpool defender is ready to play a leadership role from the sidelines.

The 30-year-old captain was part of the Slovakia side that sealed a famous 2-1 victory over the defending European champions in their Euro 2016 qualifying campaign last year.

Skrtel has been in decent form for his club this season after he helped the Reds keep three successive clean sheets before a 3-0 defeat by West Ham United last weekend.

And the Liverpool centre-half took to Instagram to rally his Slovakia team-mates ahead of their key clash against Spain in Oviedo on Saturday night.

Skrtel wrote: “Had a good gym session with @kuco33 and rusky…unfortunately cant take my part in a game because the ban,so getting ready for the next one at tuesday 👊💪#slovakia #spain #m37s #euro2016 #oviedo #nationalteam #ynwa #teamslovakia #family”

Slovakia put the defending champions on the back foot after a miserable World Cup for Vicente Del Bosque’s men with a 2-1 win in Zilina last October.