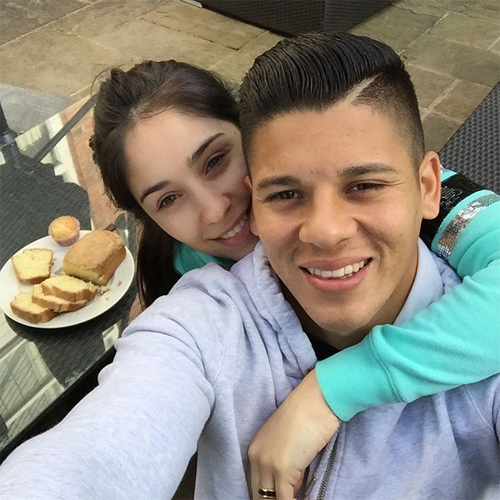 Marcos Rojo was all smiles despite recent criticism from manager Louis van Gaal as he posed for a selfie with his wife.

The United manager was reportedly unhappy that Rojo did reveal the extent of a hamstring injury which forced the centre-half off during their 3-2 victory over Southampton last Sunday.

The Argentina international, who didn’t feature in a 3-0 win against Ipswich Town in the League Cup on Wednesday, has only just returned to the first team after regaining full fitness following this summer’s Copa America.

But Rojo didn’t appear to be weighed down by the speculation surrounding his United career as he had his cake and ate it too thanks to his wife.

Rojo wrote on the photo-sharing app: “Having a few mates over and eating the cake that was made by my beautiful woman @eugelusardo”

Sunday’s game was the first match Rojo has started for United this season after his extended summer holiday following his involvement in the Copa America with Argentina.

The Red Devils welcome Sunderland to Old Trafford in the Premier League this weekend.