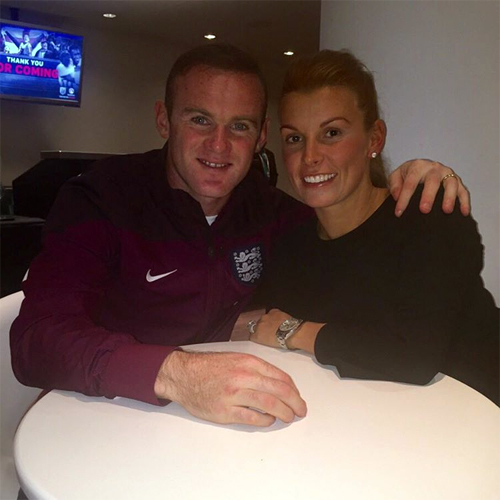 Wayne Rooney says he will never forget the night that he became England’s record goal-scorer.

The Three Lions skipper surpassed Sir Bobby Charlton’s record of 49 goals on Tuesday night after he steered an 84th minute penalty into the roof of the net to score his 50th strike.

Manchester United captain Rooney, who has his sights firmly set on Charlton’s United record, doubled England’s lead in a 2-0 victory over Switzerland at Wembley.

And the 29-year-old record-breaker posed for a snap with his wife Coleen before he posted a special message on his Instagram page following his historic night in north London.

Rooney wrote on the photo-sharing app: “Huge honour to be @england record goal scorer. It’s a night I’ll never forget. Thanks to everybody that has helped me along the way!”

The United skipper did bag a treble in a 5-0 victory over Club Brugge in the second leg of their Champions League play-off.

The Red Devils welcome Liverpool to Old Trafford in their next Premier League game at Saturday evening.