Victor Valdes has a point to prove at Manchester United... 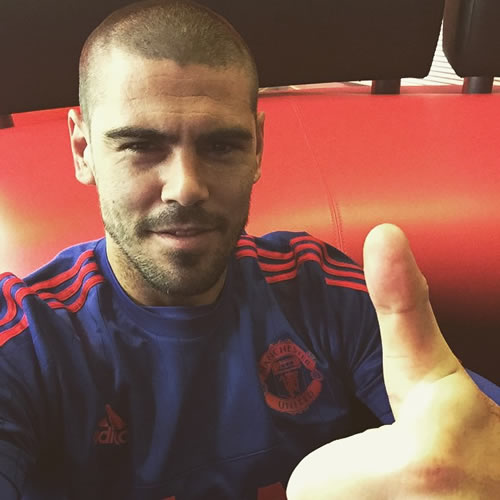 Victor Valdes took to social media on Thursday morning to send a message to Manchester United fans as the Spaniard vows to fight for his place at Old Trafford.

The Spaniard has been apparently frozen out at United after falling out of favour under Louis van Gaal, who accused the former Barcelona shot-stopper of refusing to play for the club’s Under-21 side last season.

Valdes’ future at Old Trafford remains up in the air, following United’s summer signing of Sergio Romero and after David De Gea ended up staying at the club in the wake of his failed deadline-day transfer to Real Madrid.

However, the 33-year-old goalkeeper appears determined to fight for future at the club, as he posted a picture of himself giving the thumbs up after training on Thursday on his personal Instagram account.

Valdes shared the picture above on the photo-sharing app and wrote: “No matter what happens. The only way I know is to work hard every day. Thank you all for your support ! #mufc”

Manchester United return to Premier League action when they host Liverpool at Old Trafford after the international break on 12 September.