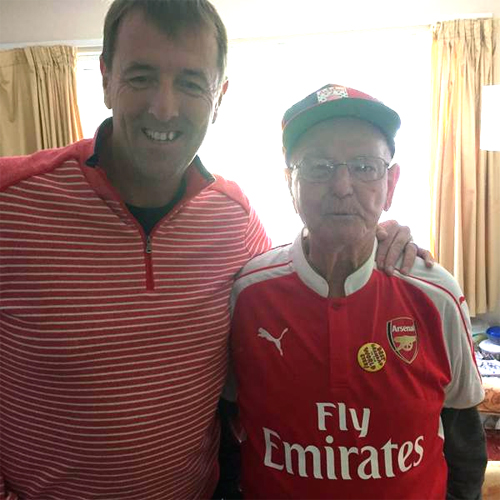 Matt Le Tissier may be a Southampton legend, but it didn’t stop the midfielder’s grandfather opting to support Arsenal.

Le Tissier scored 161 goals in 443 top-flight appearances for Southampton during a career spanning 16 years at the south coast club.

The former Saints captain netted his final goal at The Dell in a fitting 3-2 victory over Arsenal before Southampton made their switch to St Mary’s in May 2001.

Ironically, Le Tissier was a Tottenham supporter as a youngster before he blossomed into a Southampton legend, but it appears the former England international’s grandfather was die-hard Gooner throughout his previous 95 years. 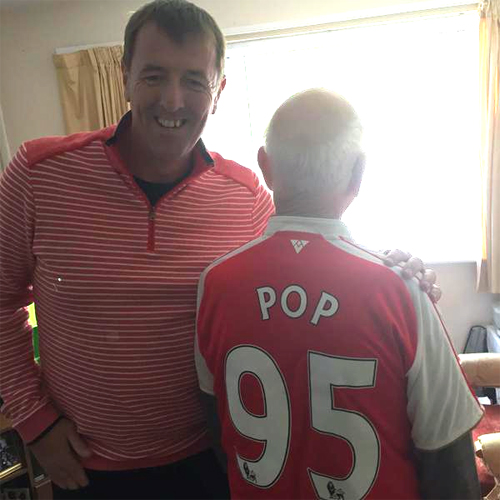 And Le God posed with his dad, who donned a special commemorative Arsenal shirt to honour his impressive milestone for the photo, which Le Tissier then posted on Twitter.

Shame about the shirt but happy birthday to my pop on his 95th 😃😃 pic.twitter.com/JidMEfVFTe

Le Tissier, 46, failed to score in eight appearances for the England national team.

The Saints legend was named PFA young player of the year in 1990.