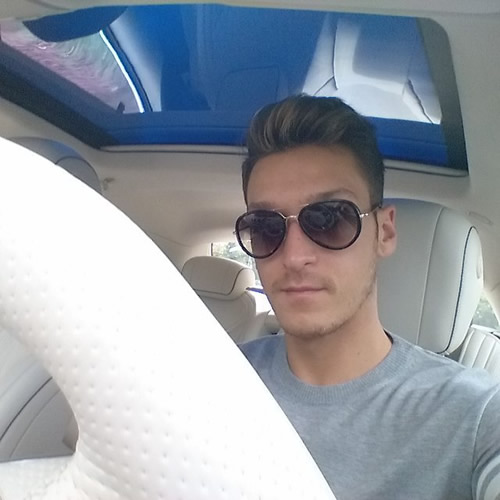 Mesut Ozil took to social media to thank Arsenal fans for voting him as the Gunners’ man of the match during Saturday’s 2-0 win over Stoke City.

The Germany international set up the north London side’s opener with a superb long-range pass to find Theo Walcott in the first half, before substitute Olivier Giroud made the points secure late on by adding a second.

Ozil was named the Gunners’ man of the match after the game, and the playmaker made a point of thanking supporters for voting for him.

The World Cup winner snapped the selfie above on his way to training on Monday morning, and posted on Instagram: “Hi Gunners! 😊 Thanks for voting me #AFCvSCFC man of the match! Have a successful start to your week everybody. 😚 #YaGunnersYa #Arsenal #Monday”

Ozil will be expecting to feature when Arsenal kick off their Champions League group stage campaign with a trip to Dinamo Zagreb on Wednesday night.

The Gunners then travel to Stamford Bridge to take on Chelsea in their next Premier League game on Saturday lunchtime.