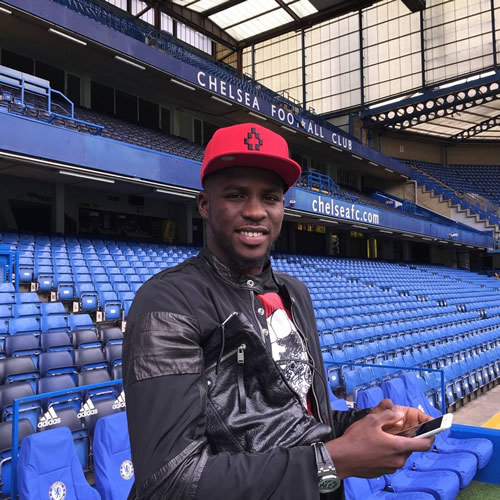 Papy Djilobodji looked thrilled to be in his “new home” of Stamford Bridge as the summer Chelsea signing adapted to his new surroundings in west London this week.

The 26-year-old completed a deadline-day move to the west London club from Nantes on Tuesday as Jose Mourinho moved to bolster his rearguard options at Stamford Bridge following the Blues’ failure to sign John Stones from Everton.

Djilobodji travelled to London from France by train on Tuesday as he settled into his new city.

And the defender looked to be thrilled as he was given his first tour of Stamford Bridge on Thursday afternoon.

The defender was left out of Chelsea’s Champions League squad as Mourinho opted against including his latest recruit in the side for the European campaign.

Chelsea, who lost 2-1 to Crystal Palace at Stamford Bridge last weekend, travel to Everton in their next Premier League game after the international break on 12 September.