Papy Djilobodji is already feeling very much at home at Chelsea... 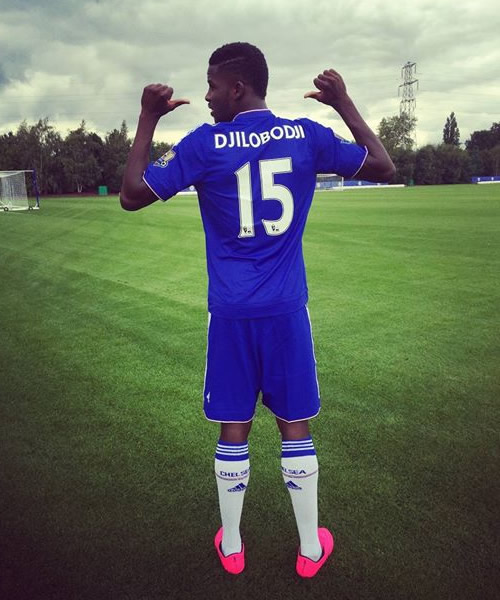 Papy Djilobodji has taken to social media to reveal his delight as he gets used to his new surroundings at Chelsea following his deadline-day transfer from Nantes.

The 26-year-old joined the Blues on Tuesday after the west London club failed in their attempts to sign John Stones from Everton.

Djilobodji has been enjoying getting shown around Chelsea’s facilities in recent days after his switch from the Ligue 1 club.

And the defender used his Instagram account to show off a picture of himself in full kit, and his new squad number 15, at Chelsea’s Cobham training ground on Saturday.

Djilobodji posted the picture above on the photo-sharing app and wrote: “#15 #CFC”

The defender was left out of Chelsea’s Champions League squad as manager Jose Mourinho opted against including his latest recruit in the side for the European campaign.

Chelsea, who lost 2-1 to Crystal Palace at Stamford Bridge last weekend, travel to Everton in their next Premier League game after the international break on 12 September as they look to get their top-flight title defence back on track.