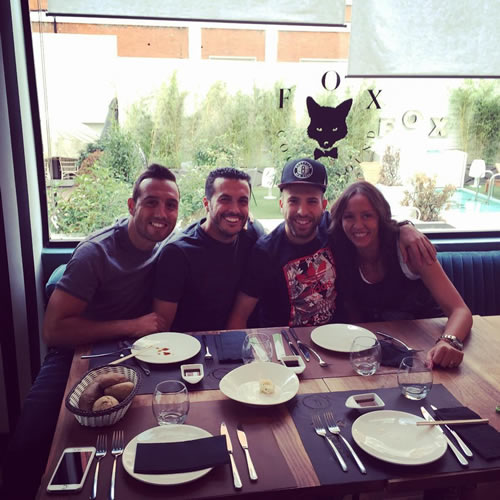 Pedro Rodriguez appears to be settling well into life in England following his summer transfer to Chelsea from Barcelona – and he enjoyed some lunch with Arsenal playmaker Santi Cazorla on Tuesday afternoon.

The Spain international surprised many when he opted to sign for the Blues last month after having been heavily linked with a transfer to Manchester United during the course of the summer.

Pedro shared the picture above on his personal Instagram account on Tuesday afternoon and wrote: “With @jordialbaoficial @santicazorla and the great Maria Jose !!! 😜😜😜🔝🔝🔝”

The 28-year-old midfielder has already hit the ground running following his summer switch to Stamford Bridge, scoring one goal and notching up one assist in his first two Premier League appearances for the west London club.

Chelsea travel to Everton in their next Premier League game after the international break.