Papy Djilobodji is looking forward to Chelsea's clash with Arsenal on Saturday lunchtime... 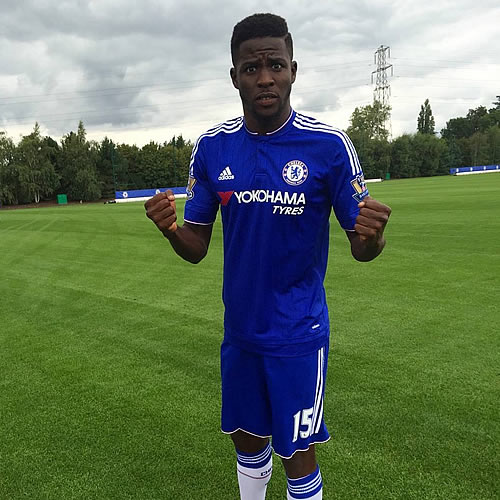 Papy Djilobodji is yet to feature for his new club Chelsea Photo: Instagram

Papy Djilobodji has taken to social media to issue a rallying cry ahead of Chelsea’s Premier League showdown with Arsenal at Stamford Bridge on Saturday lunchtime.

The 26-year-old defender is yet to feature for the west London club following his transfer to Chelsea from Ligue 1 side Nantes on deadline day earlier this month.

However, Djilobodji is ready to get behind his new team-mates as they bid to return to winning ways in the Premier League after their stuttering recent form in the top flight.

Djilobodji posted the picture above of himself in his full Chelsea kit on Instagram on Friday afternoon and wrote: “Come on Chelsea! 🔵🔵 let’s get a win tomorrow! #cfc”

Chelsea are currently six points behind Arsenal heading into Saturday’s clash, with the west London side having only managed to take four points from their opening five Premier League games.

The west London side returned to winning ways in midweek, however, when they recorded a comfortable 4-0 win over Maccabi Tel-Aviv in their Champions League group-stage opener at Stamford Bride.