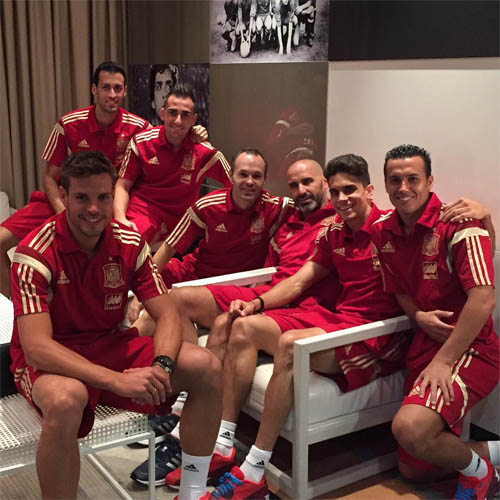 Pedro Rodriguez has been getting to know his new Chelsea team-mate Cesar Azpilicueta better as their Blues pair hung out on Wednesday night.

Pedro scored his first Blues goal in a 3-2 victory over West Bromwich Albion after he moved to Chelsea in a £21.1m deal from Barcelona.

And the summer signing uploaded a snap with Azpilicueta and his former Barcelona team-mates Sergio Busquets and Andres Iniesta on his Instagram page.

Pedro was unable to help Chelsea avoid a shock 2-1 defeat by London rivals Crystal Palace at Selhurst Park in the Premier League on Saturday afternoon.

Chelsea face Everton in their next Premier League clash.