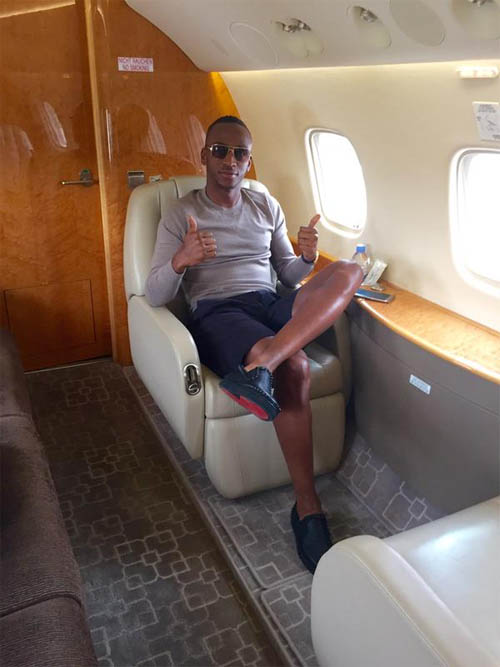 Saido Berahino has posted a snap as he prepared to jet off on apparent holiday following a dramatic transfer deadline day for the striker.

The West Bromwich Albion forward was denied his move to Tottenham Hotspur on Tuesday afternoon after the Baggies rejected a late bid from Spurs.

Berahino took to Twitter to criticise West Brom chairman Jeremy Peace before adding that he won’t be playing for the Baggies in the future.

And after being advised by PFA players’ union chief executive Gordon Taylor not to go on strike, Berahino posted a chirpy snap on his Twitter page.

West Brom claimed that Spurs didn’t meet their valuation for the striker after the Baggies rejected three offers from the north London side in the summer transfer window.