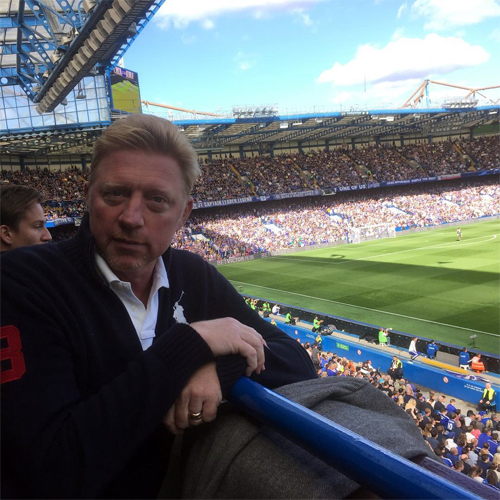 Boris Becker took a break from coaching to catch his Chelsea side beat nine-man Arsenal at Stamford Bridge on Saturday afternoon.

France international Kurt Zouma broke the deadlock for the home side before Eden Hazard’s strike was deflected past Petr Cech by Calum Chambers.

Gabriel Paulista was sent off in the first half after he kicked out at Chelsea striker Diego Costa, whilst Santi Cazorla was dismissed for a second bookable offence.

But Becker, who coached Novak Djokovic to the US Open crown earlier this month, was all smiles as he posed for a snap with Stamford Bridge looking impressive in the photo’s backdrop.

Becker wrote on the photo-sharing app: “What a game …#chelsea v #arsenal !!!”

Becker won Wimbledon on three occasions, while he finished as runner-up a remarkable four times.