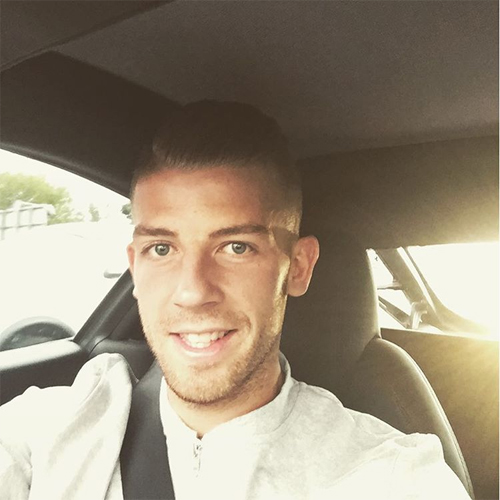 Toby Aldwerweild couldn’t keep a smile from his face after the Tottenham Hotspur defender posed for a selfie on Monday morning.

The Belgium international has had to wait six weeks to help the north London side record their first Premier League win of the season at White Hart Lane following his summer move.

Alderweireld joined Spurs in an £11.5m deal from Atletico Madrid, but it was his fellow new singing Son who scored the winner in a 1-0 victory over Crystal Palace on Sunday afternoon.

And the 27-year-old centre-half took to his Instagram page to pose for a selfie en route to training.

Alderweireld wrote: “Goodmorning. have a nice day everyone!!👊”

The Spurs defender enjoyed some downtime with his family on Sunday evening after Tottenham’s victory over their London rivals.

The Belgium centre-half has linked up with his compatriot and former Ajax team-mate Jan Vertonghen at White Hart Lane.

Tottenham are in ninth place with nine points after six Premier League games.