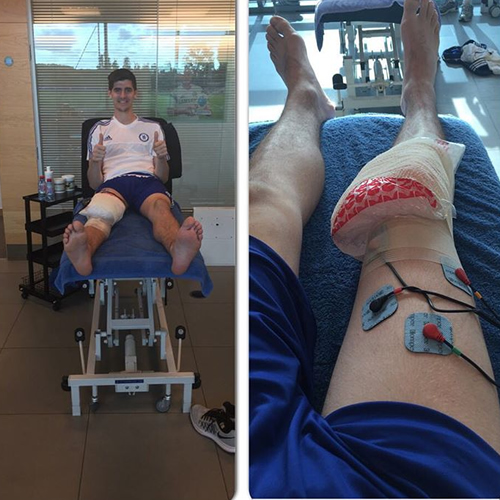 Thibaut Courtois took to social media on Thursday evening to update Chelsea fans on his recovery from knee surgery.

The Blues goalkeeper went under the knife earlier this month after suffering a knee injury in training, with the Belgium international expected to be out of action for a number of months.

And Courtois was all smiles after beginning his rehabilitation, as the shot-stopper posted the two pictures above on his personal Instagram account and wrote: “Since 1 week started my rehabilitation. Everything is going very well on the moment! Thanks for you support! #CFC #workhard #comebackstronger 💪”

Summer signing Asmir Begovic has been filling in for Courtois in the Chelsea goal following the Belgian’s setback.

The Blues return to top-flight action when they travel to Newcastle United at St James’ Park in Saturday’s late kick-off.