Louis van Gaal sings his own chant in his Manchester United news conference...

We all know that Louis van Gaal is a unique character.

And the Manchester United boss did not disappoint when he faced the media at Carrington on Friday afternoon ahead of the Red Devils’ clash with Liverpool at Old Trafford this weekend.

The Dutchman was asked if he thinks he has the backing of the club’s fans and players, and his response seemed to suggest that he does.

Van Gaal responded with a rendition of “Louis van Gaal’s army!” in front of the gathered media. 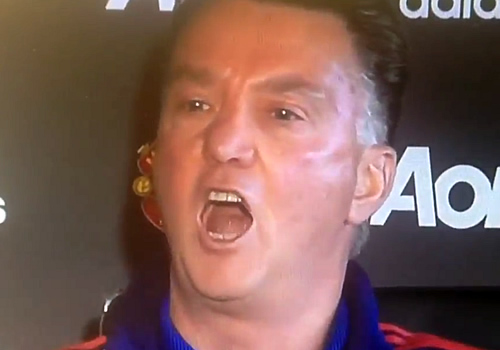 The Red Devils head into Saturday’s game looking to return to winning ways after his side slumped to a surprise 2-1 loss to Swansea City before the international break.

United and Liverpool are both level on points in the Premier League table, with both sides having taken seven points from their opening four top-flight games.

Van Gaal’s men beat Liverpool both home and away in the Premier League last season.