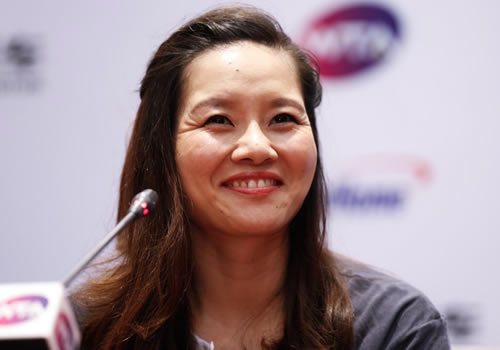 As the WTA tour heads deep into an Asian swing that could determine the final line-up for the season climax in Singapore, the very best that women’s tennis has to offer has arrived in one of the biggest remaining tournaments of the year in Wuhan, China.

This Premier event was one of three new tournaments added to the calendar in 2014, and it took its place before one of the year’s biggest tournaments, the Premier Mandatory in Beijing, with good reason. For Wuhan is the home of one of China’s biggest stars, Li Na, the first and only Asian to win a Grand Slam title.

The bright, popular, witty Li, who took time away from tennis early in her career to study for a degree, returned a happier and maturer player to win two Grand Slams, first at Roland Garros in 2011 and then last year, after reaching the final twice before, at the Australian Open at the age of 31.

That took her to No2 in the rankings, but she became increasingly affected by a knee injury and, after reaching the third round at Wimbledon, she did not play again, and made her formal departure at the inaugural playing of this her home-town tournament.

As defending champion in Australia, she returned this year to announce that she and husband/coach Dennis were expected a child, and Alisa was born in June.

And appropriately enough, she chose her home tournament to make her first appearance since becoming a mother, and what an appearance it proved to be. She joined defending champion Petra Kvitova for the spectacular official opening of the Wuhan Open’s brand new state-of-the-art 15,000-seater stadium, an arena based on the design of Rod Laver Arena in Melbourne.

Li went on to speak publicly for the first time since giving birth to her daughter, telling a packed news conference that she has no regrets about leaving a career that had such an impact on tennis and on her home nation.

“Honestly, I have no regrets as a professional player. Especially in the last few years I felt that I fulfilled all my dreams and goals. Looking back on my full tennis career, I’m very satisfied. So even though it’s not a smooth career, all the dreams and goals have been achieved due to hard work, so I feel proud of myself.

“I miss the fight—this is the only thing I miss on the court. Tennis was with me 20 years, I cannot miss that.”  She admitted that she has been keeping an eye on her former rivals since retiring, and believes that the depth of women’s tennis is growing.

“Tennis is different at different stages. Now the strength of players is more balanced.  Every player will have their opportunities. I think Serena Williams is still the strongest player, (but) for the other players, especially the post 1990s generation, they have more chances.”

She will surely take huge pride in the impact she has had in putting this city on the world map. Any tournament in this packed and prestigious phase of the tour that can feature Simona Halep, Maria Sharapova, Caroline Wozniacki and Victoria Azarenka among a draw boasting 15 of the top 20 women, is onto a very good thing.