Cesc Fabregas was in gym mode on Monday morning 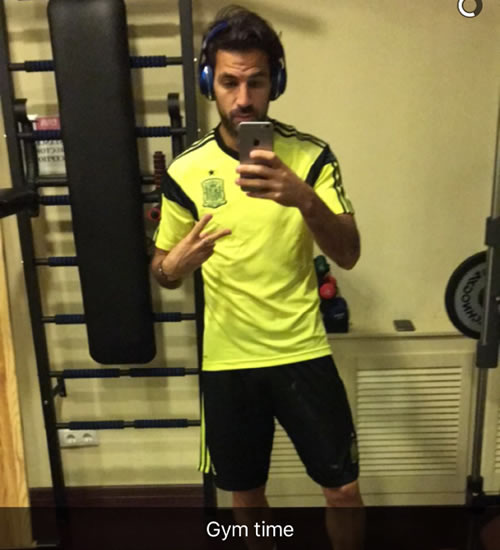 Cesc Fabregas is clearly determined to help Chelsea turn their disastrous start to the season around, if his latest post on Snapchat is anything to go by.

Fabregas, along with most of his other Chelsea colleagues, have failed to find their form so far this term and dropped 10 points behind Premier League leaders Manchester City when they lost 3-1 to Southampton before the international break.

The Spaniard is currently on international duty as he tries to find some form ahead of the return of the Premier League next weekend.

And the 28-year-old is clearly determined to make sure he is in peak physical shape ahead of Chelsea’s home clash against Aston Villa at Stamford Bridge next weekend.

Fabregas shared the photo above on Snapchat on Monday morning and wrote: “Gym time”.

Fabregas played the full 90 minutes as Spain beat Luxembourg 4-0 in their Euro 2016 qualifier on Friday night.

He has made eight Premier League appearances so far this season.

Mark Lawrenson: Why Liverpool star can thrive under Jurgen Klopp