Chelsea star Cesc Fabregas: Why I’m hungrier than ever to win silverware

Cesc Fabregas says he is hungrier than ever to win silverware.

The Chelsea midfielder ended his wait to get his hands on the Premier League trophy after he played a key role in the Blues’s title-winning campaign last season.

Once you start winning, you just want more and more

Fabregas also helped the west London side seal a 2-0 victory over Tottenham Hotspur in the League Cup final at Wembley.

Jose Mourinho’s side have endured a miserable start to the 2015/16 and the Blues are in 15th place in the Premier League table after 11 points from 10 games.

But the 28-year-old midfielder has his sights firmly set on securing more silverware after tasting glory with the defending Premier League champions last term.

Fabregas told Match Of The Day Magazine: “I was hungry to win things and I’m even hungrier now because at that time I’d never won anything.

“Once you start winning, you just want more and more.

“You know that one day this will be over and you will not get this feeling anymore so you always want to get the best out of yourself and the team.”

The Spain international has won the Premier League, the FA Cup and the League Cup during spells at Arsenal and Chelsea.

Fabregas also lifted the La Liga title and Copa del Rey during a three-season stay at Barcelona, although the midfielder hasn’t won the Champions League.

The Chelsea star was part of the Spain squads that secured back-to-back European championship crowns and won their first-ever World Cup in 2010.

The latest Match Of The Day magazine is now on sale. 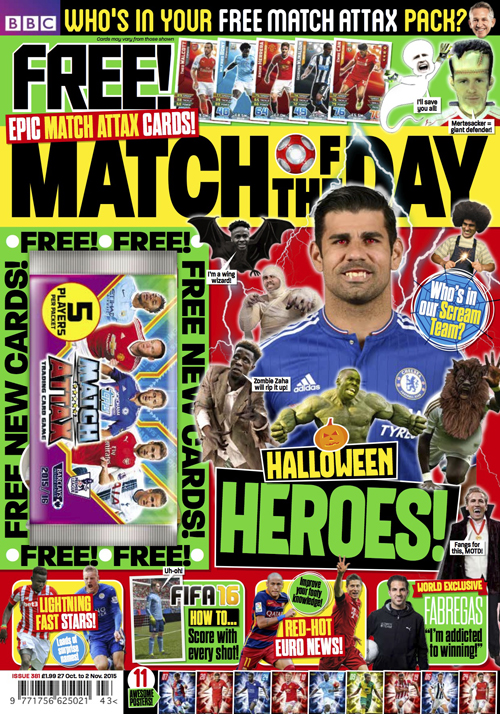 Paul Scholes: I wouldn’t have wanted to play in the current Man United team