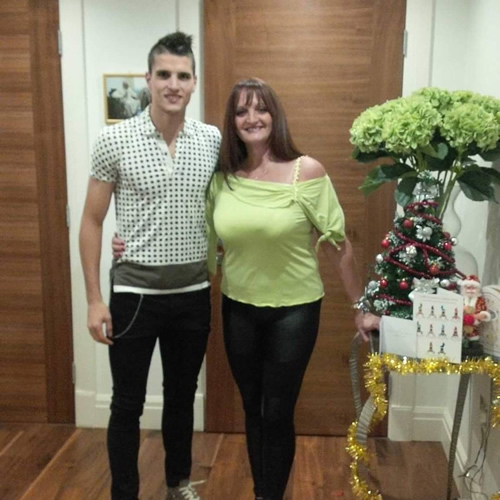 Erik Lamela poses for a picture with his mother Photo: Erik Lamela / Instagram

Erik Lamela has taken to social media to send a message to his mother after Tottenham Hotspur’s goalless draw with Liverpool on Saturday.

The 23-year-old Argentina playmaker featured for 87 minutes as Mauricio Pochettino’s men were held to a stalemate by Jurgen Klopp’s Reds side at White Hart Lane on Saturday lunchtime,

Lamela was booked and failed to help Spurs make the breakthrough against the Merseyside outfit.

However, the midfielder looked in good spirits on Sunday as he sent a Mother’s Day message to his mum.

Lamela posted the picture above on his personal Instagram account and wrote: “Happy mother’s day to all the mothers and especially my one… I love you mum!!

In Argentina, Mother’s Day is celebrated on the third Sunday of October.

Saturday’s draw with Liverpool left the north London side seventh in the Premier League table and seven points behind leaders Manchester City.

Lamela has made five Premier League starts for Tottenham so far this season and has scored one goal and notched up two assists in the top flight.