Photo: Arsenal starlet Hector Bellerin all smiles with his girlfriend 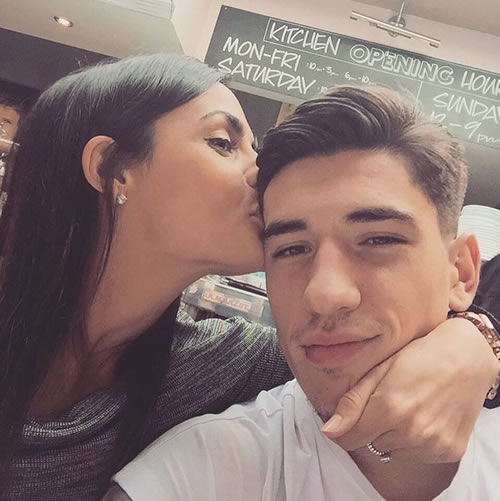 Hector Bellerin was all smiles as he posed for a selfie with his girlfriend Berta Requeno during the international break.

The Spanish defender has been a regular fixture in the Arsenal first-team this season and helped Arsene Wenger’s men secure a convincing 3-0 win over Manchester United at Emirates Stadium on Sunday afternoon.

Bellerin played the full 90 minutes as goals from Alexis Sanchez and Mesut Ozil wrapped up a victory for the Gunners against the Red Devils in north London.

And the 20-year-old has been enjoying some downtime with his girlfriend Berta in recent days.

Bellerin shared the selfie above on his personal Instagram account on Thursday afternoon and wrote: “My one and only ❤️”

Bellerin will be expecting to feature when Arsenal return to Premier League action with a trip to Watford after the international break on 17 October.

He has started seven Premier League games for the north London club so far this season and has also featured once in the Champions League.

Jurgen Klopp to be unveiled as new Liverpool boss on Friday