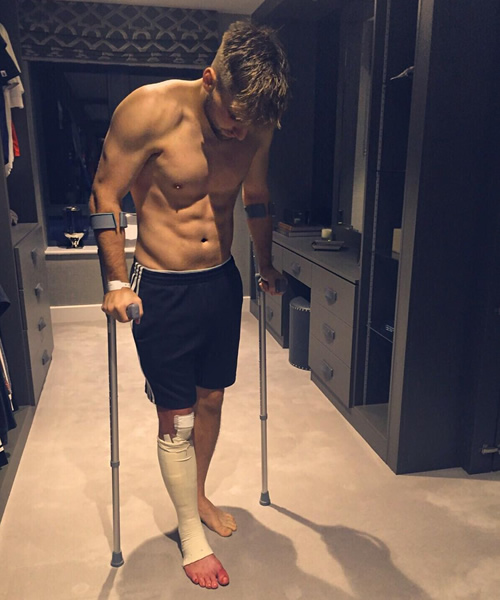 Louis van Gaal has revealed his delight at seeing Luke Shaw’s “unbelievable” recovery as the Manchester United defender continues his rehabilitation from his broken leg.

The left-back is expected to miss most of the season after he suffered a double fracture of his leg during United’s Champions League defeat by PSV Eindhoven last month.

However, Shaw has been stepping up his recovery with regular visits to Manchester United’s Carrington training complex in a bid to regain his fitness as soon as possible.

And Van Gaal has admitted his surprise at how quickly Shaw appears to be bouncing back from his major setback.

Speaking at a news conference after United’s 3-0 win at Everton on Saturday, Van Gaal said: “He is already here, he is already walking with a brace, and it is unbelievable.

“Luke is here every day, he has already started his rehabilitation, but he has a long way to go.”

The Red Devils take on CSKA Moscow in the Champions League on Wednesday night.