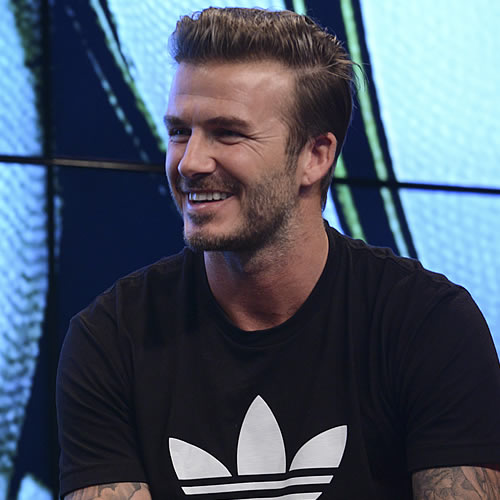 Former Manchester United midfielder David Beckham has described his one-time Old Trafford boss Sir Alex Ferguson as the “greatest” ever manager as the pair get set to reunite for a charity match in November.

Beckham will captain a Great Britain and Ireland line-up that will play against a Rest of the World side led by Zinedine Zidane at Old Trafford on 14 November to raise awareness and funds for Unicef, the world’s leading children’s organisation, with Sir Alex and Carlo Ancelotti managing the teams.

Beckham made over 250 appearances for Manchester United in a career spanning 13 years at Old Trafford, before going on to play for Real Madrid, LA Galaxy, AC Milan and Paris Saint-Germain.

But it was his time at Old Trafford that Beckham, who also won 115 caps for England, looks back on most fondly and particularly his relationship with Sir Alex.

“He was my favourite manager that I ever played for, he gave me the chance to play for the team that I had supported for my whole life and obviously the success we had there was all down to him as a manager and the players that we played with,” said Beckham.

“So to have Sir Alex Ferguson involved in this is something that I could only dream of and I really wanted to thank him for being part of this.

“It’s great to have someone who is so respected, he’s one of the best, if not the most decorated manager in football history, and to have him part of something that is so important to so many children around the world is great.

“We’ll have to wait and see about scoring a free-kick but obviously being back in Manchester is always special for me.

“I spent 12 years in Manchester from a very young age, and obviously have so many great memories from Manchester.

“I always love going back and watching games and taking my kids there, it’s just one of those places that will always be home for me.”

Monday marks 21 years to the day that Beckham made his full senior debut for Manchester United in a 2-0 win over Port Vale at Old Trafford.

And Beckham believes Sir Alex’s ability and knowledge to blood young players at the right time and know when they needed first team exposure marks him out as a footballing great.

“And that first game was so special for us. Obviously my first game was in the Champions League, but that was something at 17 years old that you could only dream of as a kid.

“To play my first full senior appearance – that’s what the manager was good at – the manager brought young players into the team, not just myself, obviously Nicky Butt, Paul Scholes, Ryan Giggs, Phil Neville, Keith Gillespie, all these players that actually played in these games

“He brought these young players in and that’s why he was successful the way he was.

“We knew that we’d have a chance of playing because that’s what the manager did in these games, he liked to change the first team up and bring younger players into these games.

“Playing for Manchester United, it’s never easy, and to get that chance, you never know if it’s your last game or the first of as many games as we all played.

“But luckily the manager had enough faith in us kids – and we were young kids – the fact that he threw us all in at the same time, shows the vision he had for the future, and the faith he had in us.”

Over the past decade Beckham has played a crucial role in helping Unicef promote and protect the rights of the world’s most vulnerable children.

He has raised global awareness of the dangers children are facing around the world including malnutrition, Ebola, Aids, violence and the devastating effects of natural disasters.

He has travelled to see Unicef’s work, meeting children in Sierra Leone, South Africa, Thailand, the Philippines and Cambodia.

“It’s a fun day for families and these games are all about bringing children, grandparents, it’s all about having fun and seeing players that have played at the top of the game for so many years,” added Beckham.

“And then obviously Carlo Ancelotti being in the management team of the other side, it’s going to be a very special day and I hope people come out for a great cause, because that’s what it’s all about.

“This game is about raising funds for children all around the world and to shine a light on the situation. I just hope people come out and enjoy themselves.”

The David Beckham Unicef Match for Children kick-offs at 3pm on 14th November 2015 at Old Trafford, Manchester. Tickets from £20 (Adults) & £10 (Under-16s) are on sale at www.manutd.com/tickets