Photo: Marcos Rojo all smiles with his brother ahead of Palace v Man United 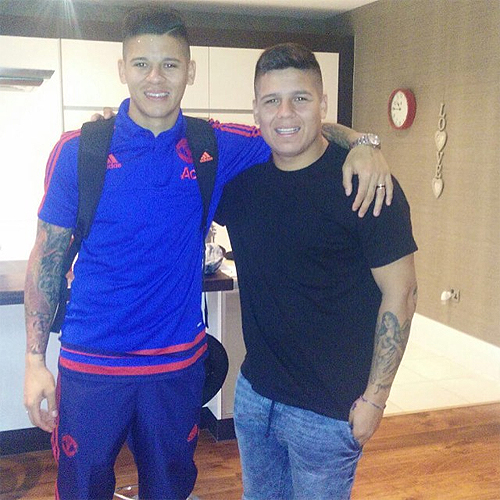 Marcos Rojo enjoyed some family time with brother ahead of Manchester United’s clash against Crystal Palace on Saturday.

The Argentina started their League Cup clash against Middlesbrough at Old Trafford on Wednesday before the centre-half was replaced in the 61st minute.

However, the Red Devils were unable to book their place in the League Cup quarter-finals after losing to the Championship side on penalties.

And Rojo looked to take his mind off the disappointing result by spending time with his brother and his mother.

The United defender’s mum wrote on her Instagram page: “My princes, couldn’t be cuter. I looooove them”

Rojo has started all four of United’s last four games, helping the Red Devils secure a victory over Everton before back-to-back stalemates against CSKA Moscow and Manchester City.

The United defender has made six appearances in all competitions for the 20-time English champions this season despite an injury-hit start to the campaign.