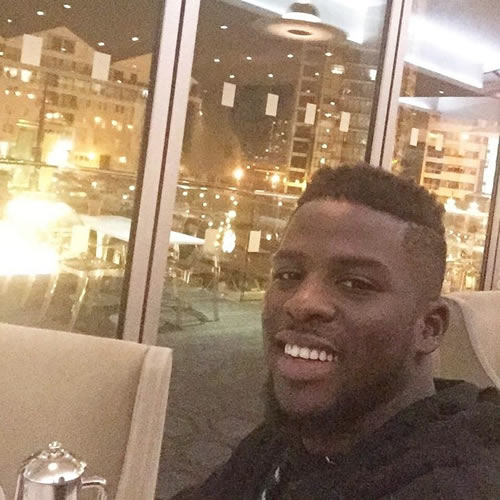 Papy Djilobodji is doing his best to keep his spirits high despite his lack of playing time since joining Chelsea from Nantes in the summer transfer window.

The defender has only made one brief appearance for Jose Mourinho’s men since being brought to Stamford Bridge following Chelsea’s failed summer pursuit of Everton defender John Stones.

Djilobodji was a late substitute during the 4-1 win over Walsall in the League Cup last month but is yet to rack up any more minutes for the west London club.

Nevertheless, the 26-year-old looks to be keeping himself happy as he continues to try to prove himself as worthy of a spot in Mourinho’s first team.

Djilobodji posted the picture above of himself chilling out at home on his personal Instagram account and wrote: “Always smile! #Blessed”

Chelsea host Liverpool at Stamford Bridge on Saturday lunchtime as they look to return to winning ways following their 2-1 loss to West Ham United last weekend.

Photos: Ozil and Sanchez get stuck in as Arsenal train ahead of Swans trip