Anthony Martial unwound with his baby daughter on Sunday afternoon 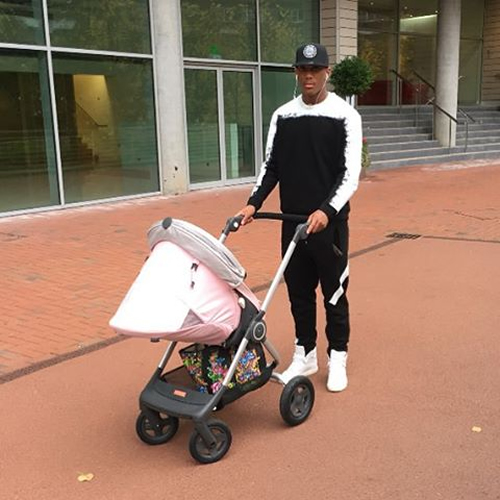 Anthony Martial enjoyed some downtime with his family on Sunday afternoon after the teenager helped Manchester United wrap up a 3-0 win at Everton.

The 19-year-old played the full 90 minutes as Louis van Gaal’s men returned to winning ways in the Premier League and kept to within two points of leaders Manchester City.

And the striker, who joined United from Monaco in a big-money deal on transfer deadline day last month, took his baby daughter Toto for a walk after the victory.

Martial, who is married to wife Samantha, posted the picture above on his personal Instagram account on Sunday evening and wrote: “A little walk.”

The France international will be hoping to feature when United return to Champions League action with a trip to CSKA Moscow on Wednesday night.

The Red Devils will then turn their attentions back to the Premier League and their derby clash with leaders Manchester City next Sunday afternoon.