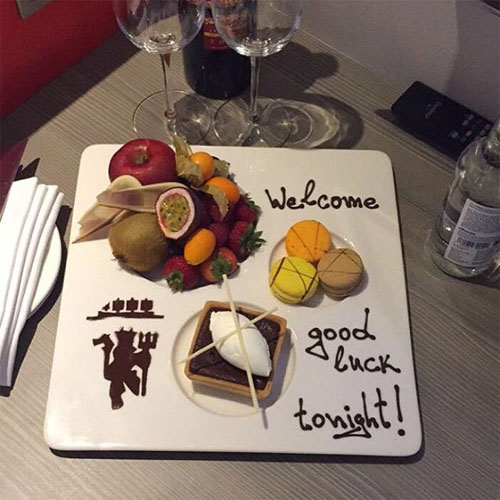 Anthony Martial’s wife is embracing being a Red Devil following the striker’s move to Manchester United earlier this summer.

The France international has already scored four times in five games in all competitions following his £36m move to United from Ligue 1 side Monaco on transfer deadline day.

The Red Devils suffered a sobering 3-0 defeat by title rivals Arsenal at Emirates Stadium in the Premier League on Sunday afternoon.

Martial missed an opportunity to give United a foothold in the game just before half-time after Petr Cech made a close-range save to deny Europe’s most-expensive teenager.

But his wife didn’t miss her opportunity to enjoy some tasty food ahead of the game judging by her latest Instagram post.

She wrote on the photo-sharing app: “Thank you pullman hôtel in London 👌 with my friend @milkasoko 💕Arsenal vs Manchester 💕”

Martial has already scored against Liverpool, Southampton and Ipswich Town since his £36m move to United.

The Red Devils make the trip to Everton at Goodison Park in their next Premier League game.